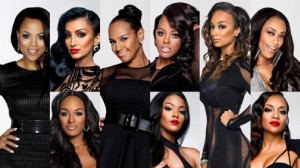 My DVR got possessed so I wasn’t able to watch the Basketball Wives LA season finale. Let’s discuss!

Allow me to begin by saying that I loved this episode. It was a great finale and left enough on the table to make the reunion good. Speaking of the reunion, why do they keep getting John tired ass Salley to host? He’s annoying. He reminds me of the guy who likes to be around a lot of women so people will think he’s having sex with at least one of them. Aside from that, he’s just not a good host. I need someone to get the real tea and all the shade. John Salley is like an awkward fan. They need to get Wendy Williams or Mo’Nique. I’m sure Mo’Nique is available given that whole Oscar Curse thing. OK, I’m not sure if the Oscar Curse is real but I am sure we haven’t seen nor heard much from Mo’Nique lately.

As the episode ended I had a few questions.

I know we’ve discussed my love for Tami Roman. She’s the hoodrat auntie that I’ve never had but always wanted. I imagine that she makes really good collard greens and potato salad but she’ll pull some kind of weapon out her purse in case anybody wants to act up. My favorite thing about Tami is that she has hands and shade. People usually have one or the other but Tami really will hurt your feelings then beat your ass. Tami reminded Brandi that her husband is about to be out of a job AND that she has no problem literally dragging her so seamlessly. That was great TV.

I wanted to care when Angel left but I didn’t. Did you? There’s nothing about her I like. Her makeup looks drag queenish. Her hairstyle is always serving Bratz Doll. Her voice is annoying and she’s always talking about how classy she is while selling dresses that don’t allow panties to be worn. Also, the feminist in me is obliged to remind you that having an abortion does not a THOT make. Maybe Mehgan didn’t wanna live like Angel. Crying on TV about how her baby daddy won’t keep it in his pants and how he ruined their “family.” The family where there was no marriage and the kids have different fathers. #ByeAngel

We should probably add Brandi to prayer list now. She’s clearly going to need some help given her uncertain job situation. How did Brandi forget that Basketball Wives is Shaunie’s show? Take it from me. It’s never good to act like a person with options when you don’t in fact, have options. As I watched Brandi lose her mind at that dinner table I stood yelling at my TV. “B*tch, don’t do it” I said. It was clear that Brandi thought the show was “real.” Maybe she had too much of that Puerto Rican rum before dinner. When Shaunie hit her with the “this is my group” shade, I got my entire life. Brandi looked so defeated after that I almost felt badly for her; almost. Shaunie and her braided bun went all the way boss bitch and let Brandi know that she’ll be auditioning for the next season of Couples Therapy if she keeps acting up. When Shaunie dismissed Brandi from that table all I could think was, “you are the weakest link goodbye.” I loved seeing that side of Shaunie. I hope we see more. The lesson here is, remember where your biscuit gets buttered.

After watching the last scene it’s clear that Malaysia isn’t a good friend. Why didn’t she stop Brandi from going off script? Malaysia sat right next to her “best friend” and let her jump all the way out the window. Why? I have a friend who gets extra chatty when she drinks. I always find a discrete way to tell her when it’s time to find some chill because what won’t be said is that I let my girl play herself while I stood idly by.  Remember, friends don’t let friends cuss out their boss before they have another job offer.

I kind of want Shaunie to fire Brandi and make that Malaysia’s storyline next season. That’s only because I like mess.

Did you watch the BBWLA season finale? What did you think? Comment below and let me know!

Last night Brandi took to Twitter defending herself and shading Shaunie. Read about it here. Brandi, hang it up honey.