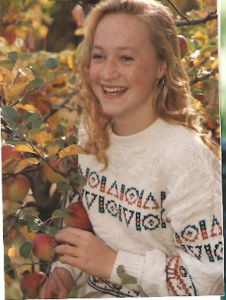 By now I’m sure you’ve heard about Ms. Rachel Dolezal. If you haven’t, you can read the full story here. My favorite part of this saga was the #AskRachel hashtag where Black people (including me) and Black Twitter tweeted things about Black culture like rap lyrics, hair issues and soulfood ingredients wondering if Rachel was abreast of them since she “identifies” as Black. Think pieces followed the hashtags, as we knew they would.

I couldn’t wait for the weekend because I knew my favorite weekend news show, The Melissa Harris-Perry Show, would cover this story in a thoughtful way. Her show reminds me of upper level seminars in college or what I imagine a graduate level humanities program to be. For those who took these kinds of courses as part of their higher education, you know they can be infuriating because undoubtedly someone will pick the most preposterous position and try to convince you that their theory is correct. That’s exactly what happened over the weekend on The MHP Show. If you didn’t see the show you can watch it here on MSNBC.com.

Normally I love Melissa’s thoughtful analysis, however she got on my last good nerve with her position on Rachel Dolezal and the interview that followed. On Saturday Melissa suggested that since some people are born cis-gender and some are trans-gender, maybe transracial is a thing and Rachel may have “achieved” Blackness. It’s only through God’s grace that I didn’t drop dead at that moment because I was so pissed. Some people online have shared similar sentiments, claiming that if Bruce Jenner “can be” or “become” Caitlyn Jenner that Rachel can “be” Black. Let’s discuss.

I don’t like jumping to conclusions without proper information so, I watched her interview, searched Twitter, read some articles and think pieces and even read her biography on artpal.com. First, can we agree that transracial isn’t a thing? As many people will tell you, race is a social construct with a biological basis. Remember when the Boston bombers said they faced “racism” because they were ethnic Chechens and we were like, but in Boston you’re White? That’s because in Russia Chechens are racialized but in Boston they’re just White; like other Russians. Since race is socially constructed, how could someone feel that they were born into the wrong race? I think Rachel was probably born in the wrong city. I’m guessing that the number of Black people in Montana isn’t very high. Maybe if she grew up in a Black suburb of Atlanta or Houston all of this would’ve been avoided.

Next, can we agree that Rachel is a performer at best or a con-artist at worst? Rachel is to Blackness what Drag Queens are to womanhood. She performed her idea of Blackness. Did you catch the part in her interview with MHP where she skated around the fact that she’s wearing a wig in an attempt to mimic a Black woman with natural hair? If we were to follow her formula, anyone who attended a historically Black school, got their hair braided, had relational ties to Black children, identified with Black is Beautiful or Black Lives Matter or adopted a Black child would be Black. What does that mean for people who don’t do those things? Are they something other than Black? Are they less Black than someone who does those things? Is having Black parent(s) only optional when it comes to being a Black person? Can any random White woman wear black face, like Rachel and be considered Black too?

What bothers me most is, being a regular ally was not good enough for Rachel. Many people feel compelled to do work for those in groups to which they do not belong. Some people give their time and effort out of empathy. Others may cite morality, religion or social justice as reasons why they do work for people in marginalized groups. Obviously, you do not have to be gay to fight for same sex marriage. Men can fight for equal pay and breastfeeding accommodations. Citizens can organize on behalf of undocumented immigrants just like White people can rally with Black people. It’s insincere and contrary to history to say that because Rachel held an NAACP position and taught Black Studies, she’s Black. In college I had a White sociology professor who grew up around Black people, went by his middle name: Khalil, taught a class on hip hop and was married to a Black woman. He never claimed to be Black and actually acknowledged his White Privilege.

The effort to give her lies any legitimacy reduces what it really means to be Black, in real life. Rachel clearly has a fetish for what she thinks Black womanhood is and it’s kind of understandable. Who wouldn’t want to be part of the race that gave the world Martin Luther King, Jesse Owens, Nelson Mandela, Beyonce, Venus & Serena, Nas and President Obama? Black people created jazz, funk and hip-hop music. Black culture has become pop-culture. We saw Miley twerking with her brigade of Black girls. Iggy Azaela bought an ass and had someone teach her a generic “Blackcent.”

Most importantly, can we agree that if Rachel is comfortably allowed “to be Black” when those of other races are not allowed to be White, her lies and performance are just another tool of White Supremacy? Rachel claimed her connection with Blackness goes as far back as kindergarten but as late as 2002 she claimed to be White. She even sued Howard University for racial discrimination. Contrary to what Melissa Harris-Perry said on Chris Hayes show, an attorney cannot assert a claim on a plaintiff’s behalf without their permission. Rachel’s actions show that she was willing to identify as White when she wanted one benefit (admission to Howard) then later masqueraded as Black when she wanted a different benefit (NAACP Chapter President). This ability is a hallmark of privilege; privilege that is unavailable to most people who are not White.

As I’ve mentioned, I concentrated in sociology in college. Group membership is based on two factors: self-identifying as a member of the group AND the group accepting you as a member. Rachel has two White parents but claims to feel Black. Since, most Black people (and probably some White people) are unwilling to accept that notion, she cannot be Black. I don’t care how many times she gets her hair box braided, she’s nothing more than a hijacker.

Affinity and proximity to Blackness does not a Black person make. What are your thoughts on Rachel Dolezal? Comment below and let me know!