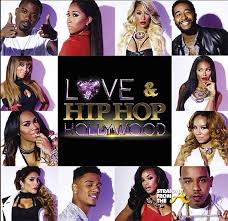 As you know, I was handling some professional stuff Monday night so I couldn’t watch Love & Hip Hop with you live. I missed you. Did you miss me?

I used to like Yung Berg then his credit card got denied and he dragged Masika by her hair today, according to TMZ. I don’t care about Teairra’s song. Be honest, you don’t either.

I really can’t take anything Hazel has to say seriously. I just want to know what Instagram hair company is selling blonde closures with black roots. Her weave just like her face, makes no sense to me.

I think I’m going to start leaving the room when Moneice comes on screen. Every time she speaks I’m sure my blood pressure shoots through the roof. I need to know what planet she’s on so I can avoid it. Why was she asking for $130,000 for a sex toy line that no one wants to buy instead of like $5,000 so she can get an apartment? I don’t know what annoyed me more, the way she was talking by that pool or that Michael Kors bag. I would love to know what kind of life she is living off camera. Whenever people talk about not having anywhere to go and needing to be safe, you can’t trust them. Moneice seems so pressed to describe all the reasons why Amanda isn’t ready to be a mother but she never mentions the fact that she isn’t an actual mother to her actual son. Actually, let’s move on because I’m getting upset again.

I love the fact that Amanda is cheating on Fizz. It’s a nice change. It’s usually the cute light skin dude dragging the homely girl through the mud but Ms. Amanda changed the whole game. I’m rooting for her. That said, please tell her to follow me on Twitter. She needs some help in the clapback department. I wanted her to read Moneice for filth at that table but dropped the ball. She was too upset to tell Moneice to holla once she catches up on her child support. At least, that’s what I would’ve said. But then again, y’all know I have that petty demon living inside me. Pray for me.

Does anyone know where Amanda is from? We know it’s a place that didn’t have 106 & Park went B2K was a thing but that’s not saying much, is it? I’m guessing Amanda is from a suburban area. If she was from a block she would know that when a chick you don’t like takes off an item of clothing that means sh** is about to go down.

How do you feel about Masika? I hate to love her. When she said she met Molly through Justin Beiber I was over it but Masika has grown on me. I still think her name sounds like a seasoning but I’m trying to get over that. Masika probably dreams of being Karreuche but I’m willing to look beyond that. Masika’s weave is always laid, she’s not afraid to slap a b*tch (I don’t condone violence; most of the time) and last but certainly not least, she has great little sayings. I’m always here for a cunning linguist. I’m going to stop playing Ms. Sweet B*tch with these girls too and Lord knows I don’t have time for an undeserved Amen Corner.

Nicki made me hate her even more than I already did with that terrible grammar. “My family are the landlords.” Did they remove her ability to conjugate when they were removing the fat from her stomach and injecting it into her ass? The only thing worse than her inability to conjugate was that spread she had for Teairra Mari. Who eats sushi, hot wings and mac & cheese at the same damn time?

Am I the only one tired of Ray-J’s “jail” storyline? He was in jail for less time than it takes to get a weave taken out and re-installed but he keeps talking as if he did Shyne’s time. You didn’t hear this from me but, Ray-J’s girlfriend, Princess THOT Love, allegedly is the ex of Floyd Mayweather. If you recall Ray-J got into a fight with Fabolous because Loso said Ray-J had no business singing in Mayweather’s living room on 24/7. What happened to bros before hoes?

As usual, anytime I don’t see Nia Riley’s chin is a good time. Did you watch Love & Hip Hop this week? What did you hate? Who do you love? Comment below and let me know!